Karaim is an endangered language spoken mainly in Ukraine, Lithuania and Poland. The Karaim language originates from the Crimean Peninsula, and is still used by some 120 persons in the two countries, as well as by some unverified number of speakers in the Ukrainian Crimea. Karaim belongs to the Kypchak branch of Turkic languages of the Altaic family. It has not developed a uniform standard, but functioned in the following dialectal varieties: 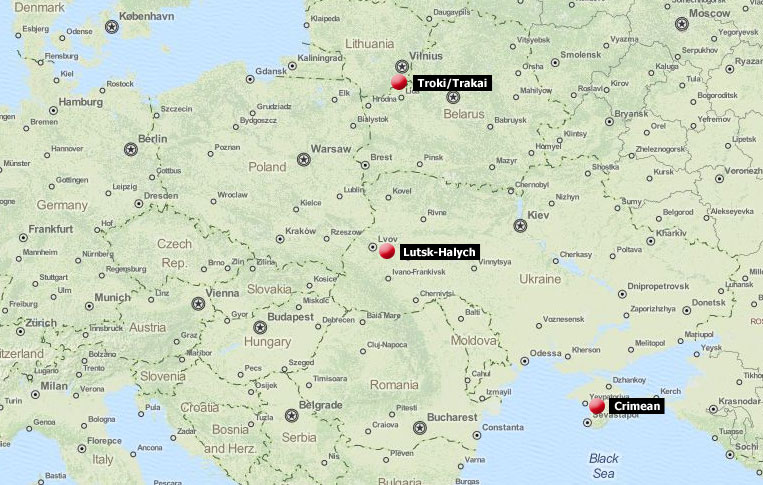 The Karaim dialects differ significantly in vocabulary (=lexicon) and phonetics. The Karaims are the smallest officially recognized ethnic minority in Poland (no more than 300 persons) and Lithuania (ca. 275). Karaim belongs to the Kypchak branch of Turkic languages of the Altaic family. You can listen to one of the very last native speakers of Karaim in Poland, who recites the beginning of the “Invocation” from Adam Mickiewicz’s Pan Tadeusz in Karaim: here.

You can also try to solve the exercise concerning the dialects of Karaim on the Interactive Map.

Karaim and Lithuanian language as a part of the linguistic landscape of Trakai in Lithuania (photo: T. Wicherkiewicz) 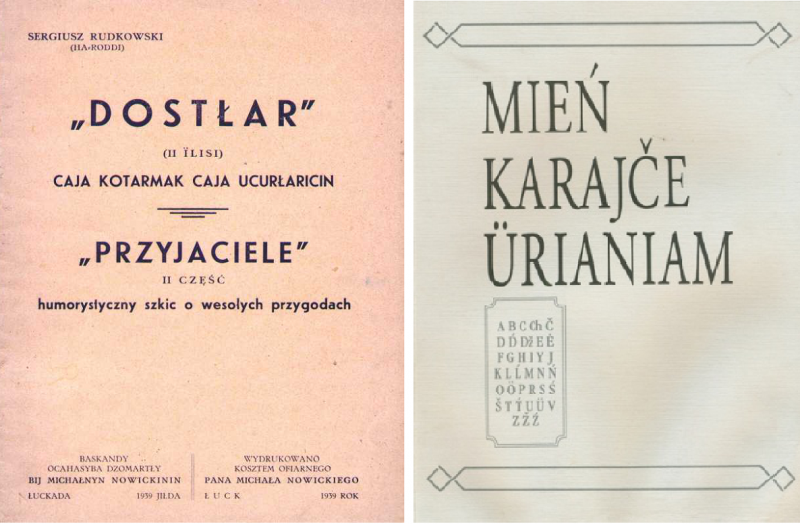 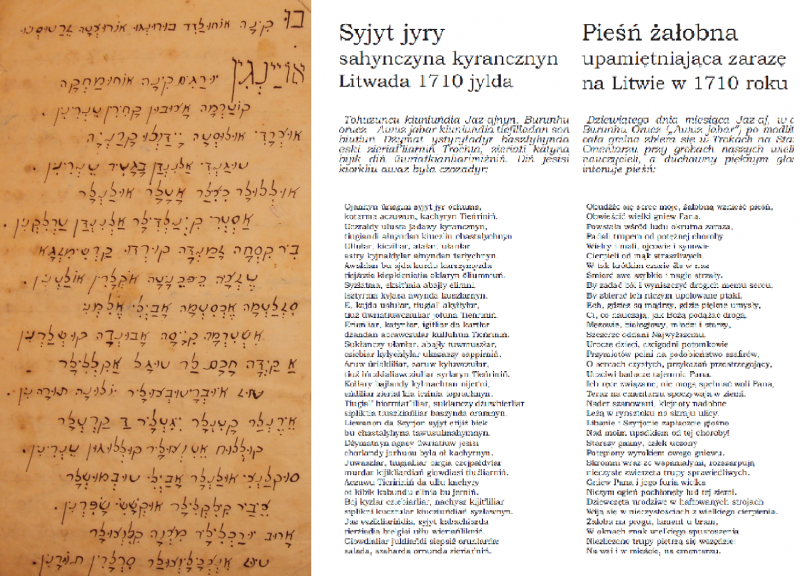 The text of a Karaim mourning song (Hebrew script, contemporary orthography, and Polish translation), prepared and translated by: Anna Sulimowicz; after: Awazymyz, March 2012: 3. 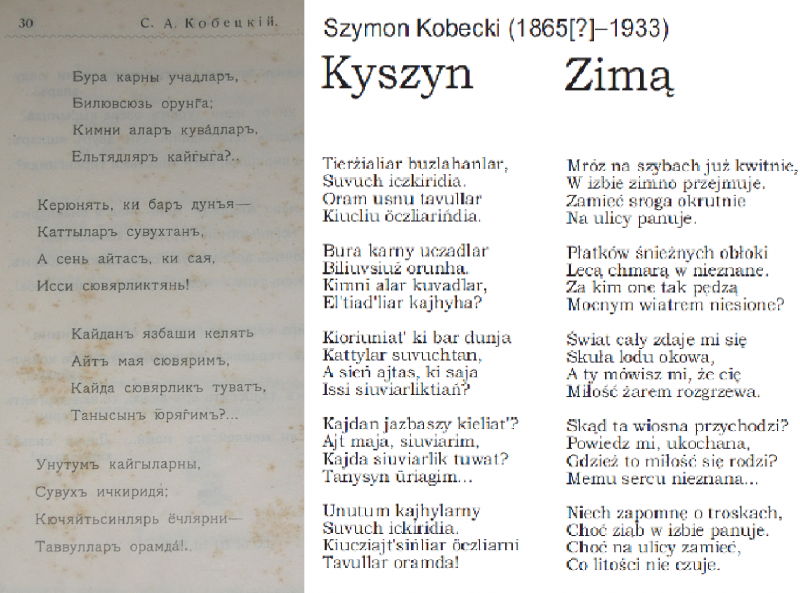 The text of the poem Zima („Kyszyn”) by Szymon Kobecki (1911) in cyrilic script, its transliteration (based on Polish ortography), and Polish translation – prepared and translated by: Anna Sulimowicz; after: Awazymyz, March 2012: 3. 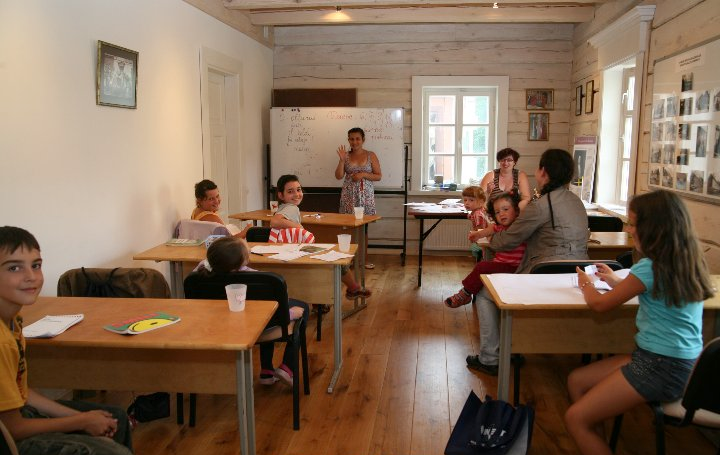