Tahuatan is classified as a dialect of the Marquesan language. It is spoken by around 2,100 people – mainly fishermen – who inhabit three islands of the South Marquesas: Tahuta, Hiva Oa and Fatu Hiva (French Polynesia). Nowadays, Tahuatan, as well as other dialects of the Marquesan language, is only spoken at home. Since the media revolution of the 1980s, indigenous stories and legends have no longer been transmitted by the older to the younger generations who prefer western entertainment of TV and video. Marquesan children are also constantly exposed to French – the official language of the Marquesas – and are gradually shifting to this language. All this means that traditional aspects of the Marquesan culture are slowly being lost.

Together with the Tahuatan language itself, also its numeral system is endangered. Find the location of the language on the Interactive Map and figure out how one counts in Tahuatan!

Varying numeral systems are just one example of how different the perception of the surrounding world can be across languages. Explore the linguistic diversity of the world with the Book of Knowledge (Chapter 2)!

To view more resources and information about the Marquesan language, visit the website of the DoBeS Marquesan Documentation Project. 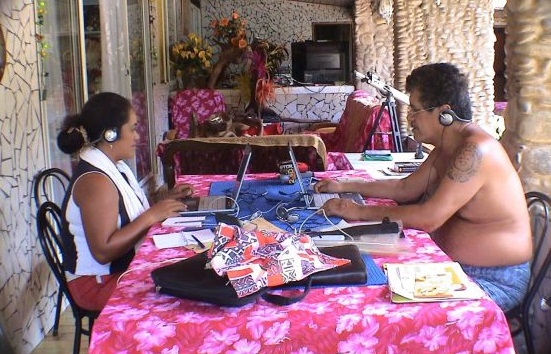